On the National Register of Historic Places, Fort Early is an American Civil War earthen fort, constructed as part of the outer defenses of Lynchburg under the command of Lt. General Jubal Early. It was critical in the holding of the city during the Battle of Lynchburg. In 1919 a 17-foot granite obelisk was erected to honor the confederate general. Grounds are open year-round from dusk to dawn. 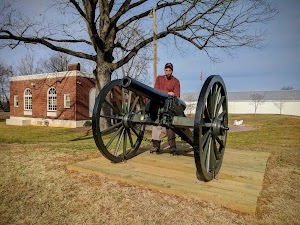